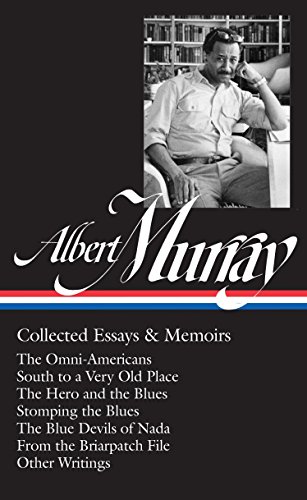 In his 1970 classic The Omni-Americans, Albert Murray (1916–2013) took aim at protest writers and social scientists who accentuated the “pathology” of race in American life. Against narratives of marginalization and victimhood, Murray argued that black art and culture, particularly jazz and blues, stand at the very headwaters of the American mainstream, and that much of what is best in American art embodies the “blues-hero tradition”— a heritage of grace, wit, and inspired improvisation in the face of adversity. Murray went on to refine these ideas in The Blue Devils of Nada and From the Briarpatch File, and all three landmark collections of essays are gathered here for the first time, together with Murray’s memoir South to a Very Old Place, his brilliant lecture series The Hero and the Blues, his masterpiece of jazz criticism Stomping the Blues, and eight previously uncollected pieces. From the Hardcover edition.

The 542nd greatest nonfiction book of all time