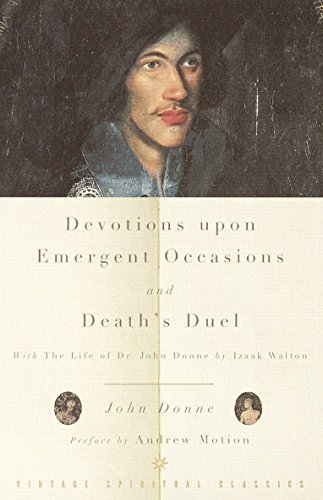 Devotions upon Emergent Occasions, or in full Devotions Upon Emergent Occasions, and severall steps in my Sicknes, is a prose work by the English metaphysical poet and cleric in the Church of England John Donne, published in 1624. It covers death, rebirth and the Elizabethan concept of sickness as a visit from God, reflecting internal sinfulness. The Devotions were written in December 1623 as Donne recovered from a serious but unknown illness – believed to be relapsing fever or typhus. Having come close to death, he described the illness he had suffered from and his thoughts throughout his recovery with "near super-human speed and concentration". Registered by 9 January, and published soon after, the Devotions is one of only seven works attributed to Donne which were printed during his lifetime.

The 1299th greatest nonfiction book of all time