The Amazing Adventures of Kavalier and Clay by Michael Chabon 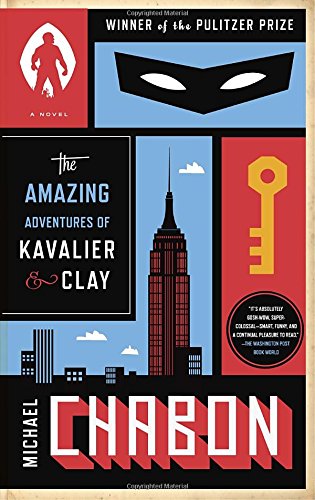 The Amazing Adventures of Kavalier & Clay is a 2000 novel by American author Michael Chabon that won the Pulitzer Prize for Fiction in 2001. The novel follows the lives of the title characters, a Czech artist named Joe Kavalier and a Brooklyn-born writer named Sam Clay—both Jewish—before, during, and after World War II. Kavalier and Clay become major figures in the nascent comics industry during its "Golden Age." Kavalier & Clay was published to "nearly unanimous praise" and became a New York Times Best Seller, receiving nominations for the 2000 National Book Critics Circle Award and PEN/Faulkner Award for Fiction. In 2006, Bret Easton Ellis declared the novel "one of the three great books of my generation", and in 2007, The New York Review of Books called the novel Chabon's magnum opus. The novel's publication was followed by several companion projects, including two short stories published by Chabon that consist of material apparently written for the novel but not included: "The Return of the Amazing Cavalieri" in McSweeney's Quarterly Concern (2001), and "Breakfast in the Wreck" in The Virginia Quarterly Review (2004). In 2004, a semi-epilogue to the novel was published separately under the title "A Postscript", in Zap! Pow! Bam! The Superhero: The Golden Age of Comic Books, 1938-1950. From 2004 to 2006, Dark Horse Comics published two series of Escapist comic books based on the superhero stories described in the novel, some of which were written by Chabon.

The 222nd greatest fiction book of all time