Emile, or On Education by Jean-Jacques Rousseau 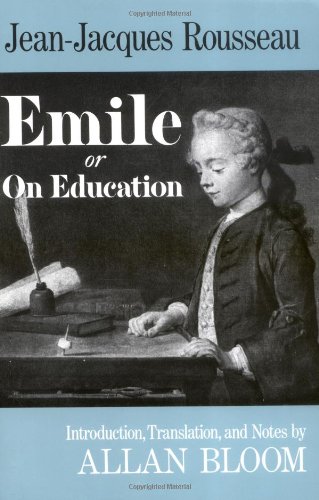 Emile, or On Education (French: Émile, ou De l’éducation) is a treatise on the nature of education and on the nature of man written by Jean-Jacques Rousseau, who considered it to be the "best and most important" of all his writings. Due to a section of the book entitled "Profession of Faith of the Savoyard Vicar", Emile was banned in Paris and Geneva and was publicly burned in 1762, the year of its first publication. During the French Revolution, Emile served as the inspiration for what became a new national system of education.

The 322nd greatest nonfiction book of all time