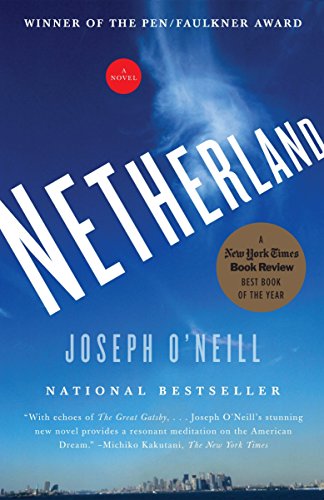 Netherland (2008) is a critically acclaimed novel by Joseph O'Neill. It concerns the life of a Dutchman living in New York in the wake of the September 11 attacks who takes up cricket and starts playing at the Staten Island Cricket Club. The narrator, Hans van den Broek, a Dutch stockbroker moves from London to New York with his wife Rachael and young son Jake in 1998. The couple intend to stay for a year or two but Hans spend far longer in New York as he becomes estranged from his wife who moves back to London with Jake. Alone in the city Hans turns to his childhood game of cricket and plays with a team of marginalized immigrants including Chuck Ramkissoon, a Trinidadian entrepreneur. Hans befriends Chuck and accompanies him on trips around New York. After almost a decade in the city Hans is reunited with Rachael and returns to London discovering a few years later that Chuck died in suspicious circumstances after he left.

The 1521st greatest fiction book of all time