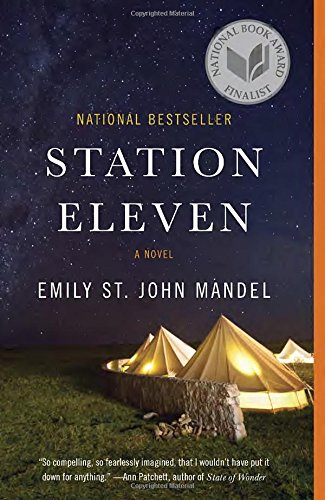 Station Eleven is a 2014 novel by Emily St. John Mandel. It is Mandel's fourth novel. The novel takes place in the Great Lakes region after a fictional swine flu pandemic, known as the "Georgia Flu", has devastated the world, killing most of the population. It won the Arthur C. Clarke Award in 2015.The novel was well received by critics, with praise emphasizing the understated nature of Mandel's writing. It appeared on several end-of-year lists as one of the best novels of 2014.

The 2278th greatest fiction book of all time