Tenth of December by George Saunders 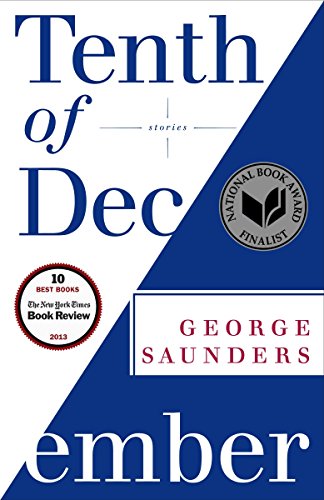 Tenth of December is a collection of short stories by American author George Saunders. It includes stories published in various magazines between 1995 and 2009. The book was published on January 8, 2013, by Random House. One of the stories, "Home," was a 2011 Bram Stoker Award finalist. Tenth of December was selected as one of the 10 Best Books of 2013 by the editors of the New York Times Book Review. The collection also won the 2013 Story Prize for short-story collections and the inaugural (2014) Folio Prize.

The 1687th greatest fiction book of all time