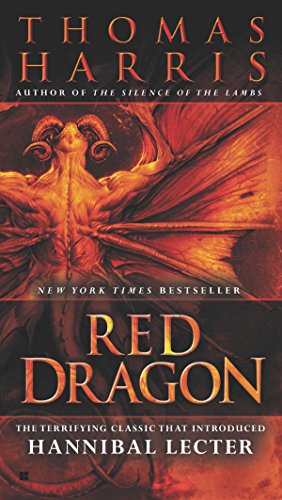 Red Dragon is a novel by Thomas Harris. It was the first novel to feature Harris' iconic character Dr. Hannibal Lecter, a sociopathic, murderous cannibal and ex-forensic psychiatrist; though he played only a small role. It was originally published in 1981, but found a new audience in the early 1990s after the success of its sequel, The Silence of the Lambs. The title refers to the figure from The Great Red Dragon Paintings by William Blake, (though Harris refers to one of these, "The Great Red Dragon and the Woman Clothed with the Sun", he actually describes another, "The Great Red Dragon and the Woman Clothed in Sun"). It was adapted in 1986, as the critically well-received, but with poor box office performance, Michael Mann film, Manhunter, which has since gained cult status. After the success of the sequel The Silence of the Lambs, in which Anthony Hopkins won an Oscar for the Lecter role, Red Dragon was made again as Brett Ratner's Red Dragon with Hopkins again as Lecter.

The 1910th greatest fiction book of all time