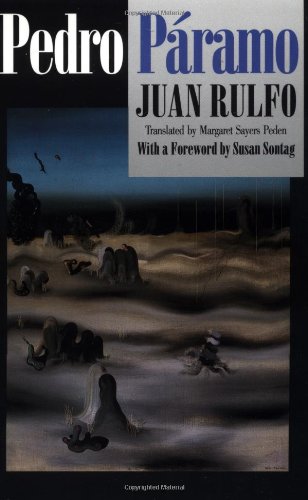 Pedro Páramo is a short novel written by Juan Rulfo, originally published in 1955. In just the 23 FCE editions and reprintings, it had sold by November 1997 1,143,000 copies. Other editions in Mexico, Spain, and other nations have sold countless more copies. It is Rulfo's second book, after the short story collection El Llano en llamas (translated into English as The Burning Plain: and other Stories) . It has had a major influence in the development of magical realism and it is told in a mixture of first and third person. Gabriel García Márquez said he hadn't felt like that since reading The Metamorphosis while Jorge Luis Borges called it one of the best novels in literature.

The 260th greatest fiction book of all time