The Violent Bear It Away by Flannery O'Connor 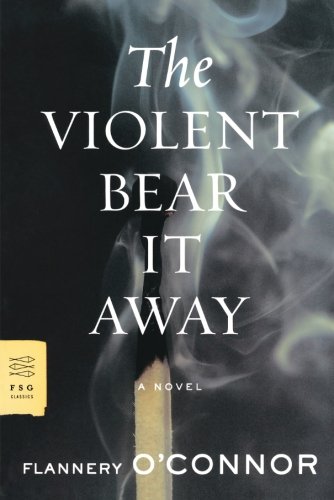 The Violent Bear It Away is a novel published in 1960 by American author Flannery O'Connor. It is the second and final novel that she published. The first chapter of the novel was published as the story "You Can't Be Any Poorer Than Dead," in the journal New World Writing, volume 8 in October 1955. It is the story of Francis Tarwater, a fourteen-year-old boy who is trying to escape his destiny: the life of a prophet. Like most of O'Connor's stories, the novel is filled with Catholic themes and dark images, making it a classic example of Southern Gothic literature.

The 1033rd greatest fiction book of all time