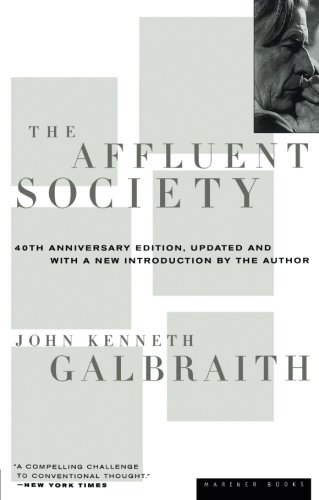 The Affluent Society is a 1958 book by Harvard economist John Kenneth Galbraith. The book sought to clearly outline the manner in which the post-World War II America was becoming wealthy in the private sector but remained poor in the public sector, lacking social and physical infrastructure, and perpetuating income disparities. The book sparked much public discussion at the time, and it is widely remembered for Galbraith's popularizing of the term "conventional wisdom". Many of the same ideas were later expanded and refined in Galbraith's 1967 book, The New Industrial State.

The 67th greatest nonfiction book of all time