The Double Helix: A Personal Account of the Discovery of the Structure of DNA by James D. Watson 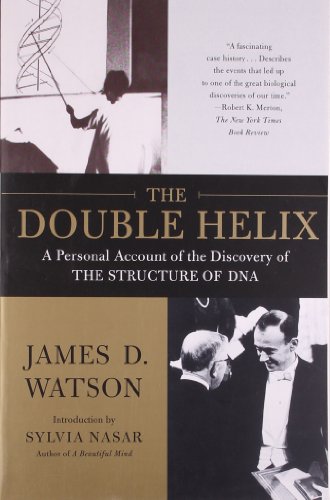 The Double Helix: A Personal Account of the Discovery of the Structure of DNA is an autobiographical account of the discovery of the double helix structure of DNA written by James D. Watson and published in 1968. It was and remains a controversial account. Though it was originally slated to be published by Harvard University Press, Watson's home university dropped the arrangement after protestations from Francis Crick and Maurice Wilkins[citation needed], co-discoverers of the structure of DNA, and it was published privately. It has been criticized as being excessively sexist towards Rosalind Franklin, another participant in the discovery, who was deceased by the time Watson's book was written. In 1998, the Modern Library placed The Double Helix at number 7 on its list of the 20th century's best works of non-fiction.

The 15th greatest nonfiction book of all time