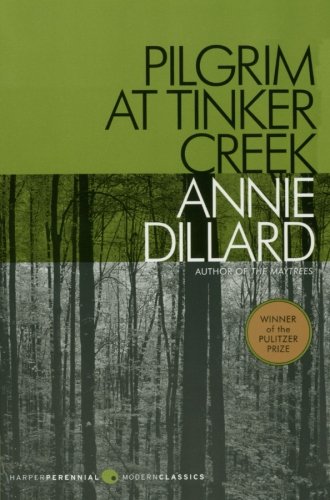 Pilgrim at Tinker Creek is a 1974 nonfiction narrative book by Annie Dillard. It won the Pulitzer Prize in 1975. The book is about Dillard's experiences at Tinker Creek, which is located in Virginia's Blue Ridge Mountains. In the book, Dillard records observations and thoughts on solitude, writing, religion, and the flora and fauna. Dillard has described it as a "book of theology". It is analogous in design and genre to Henry David Thoreau's Walden, based on his observations in a Massachusetts forest. Pilgrim at Tinker Creek is often described as a series of essays; however, Dillard has insisted that it is a continuous work, as evidenced by her references to events from previous chapters as the narrative progresses.

The 196th greatest nonfiction book of all time