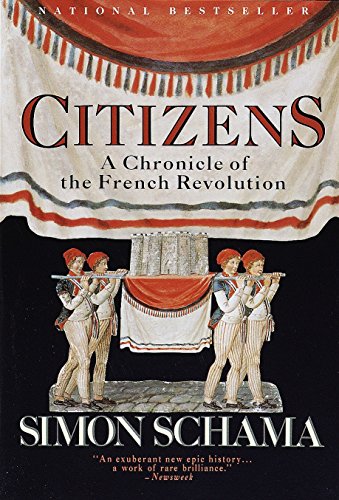 Citizens: A Chronicle of the French Revolution is a book by the historian Simon Schama. It was published in 1989, the bicentenary of the French Revolution, and like many other works in that year, was highly critical of its legacy. "The terror, declared Schama in the book, was merely 1789 with a higher body count; and 'violence ... was not just an unfortunate side effect ... it was the Revolution's source of collective energy. It was what made the Revolution revolutionary'." In short, "From the very beginning [...] violence was the motor of revolution." Schama considers that the French Revolutionary Wars were the logical corollary of the universalistic language of the Declaration of Rights, and of the universalistic principles of the Revolution which led to inevitable conflict with old-regime Europe.

The 361st greatest nonfiction book of all time