The Love of a Good Woman by Alice Munro 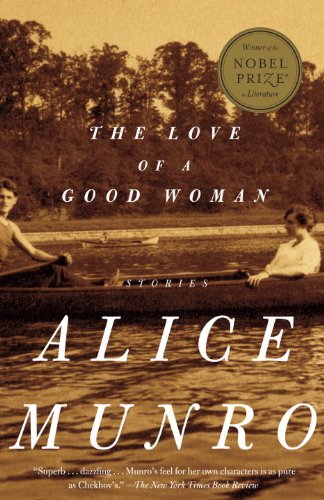 The Love of a Good Woman is a collection of short stories by Canadian writer Alice Munro, published by McClelland and Stewart in 1998. The eight stories of this collection (one of which was originally published in Saturday Night; five others were originally published in The New Yorker) deal with Munro's typical themes: secrets, love, betrayal, and the stuff of ordinary lives. The book was awarded the 1998 Giller Prize, and was one of the selected books in the 2004 edition of Canada Reads, where it was championed by soprano Measha Brueggergosman.

The 2149th greatest fiction book of all time