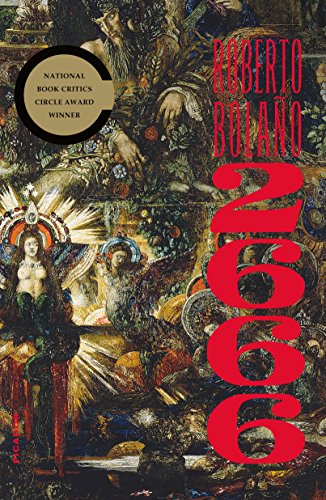 2666 (2004) is the last novel written by Chilean-born novelist Roberto Bolaño. Depicting the unsolved and ongoing serial murders of Ciudad Juárez (Santa Teresa in the novel), the Eastern Front in World War II, and the breakdown of relationships and careers, the apocalyptic 2666 explores 20th century degeneration through a wide array of characters, locations, time periods, and stories within stories.

The 172nd greatest fiction book of all time