True History of the Kelly Gang by Peter Carey 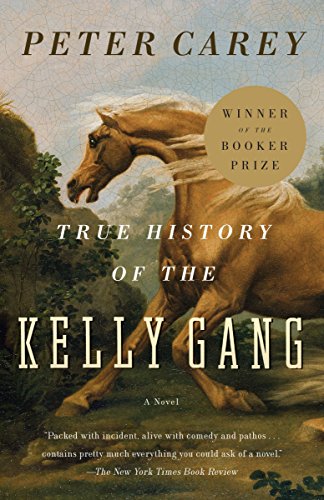 True History of the Kelly Gang is a historical novel by Australian writer Peter Carey. It was first published in Brisbane by the University of Queensland Press in 2000. It won the 2001 Man Booker Prize and the Commonwealth Writers Prize in the same year. Despite its title, the book is fiction and a variation on the Ned Kelly story. In an effort to attract foreign readers to the story, the book's American publisher, Alfred Knopf, heralded the book as a "great American novel", even though the novel takes place entirely within Australia. The claim that this book is an "American novel" appears to be based on the fact that author Peter Carey, an Australian, has lived in New York for many years.

The 688th greatest fiction book of all time