The Stripping of the Altars by Eamon Duffy 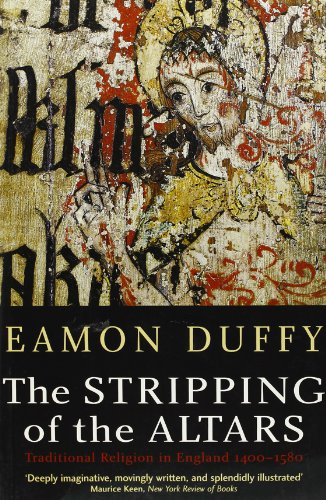 While its title suggests a focus on iconoclasm, its concerns are broader, dealing with the shift in religious sensibilities in English society between 1400 and 1580. In particular, the book is concerned with establishing, in intricate detail, the religious beliefs and practices of English society in the century or so preceding the reign of Henry VIII. The main thesis of Duffy’s book is that the Roman Catholic faith was in rude and lively health prior to the English Reformation. Duffy’s argument was written as a counterpoint to the prevailing historical belief that the Roman Catholic faith in England was a decaying force, theologically spent and unable to provide sufficient spiritual sustenance for the population at large.

The 479th greatest nonfiction book of all time