After Virtue by Alasdair MacIntyre 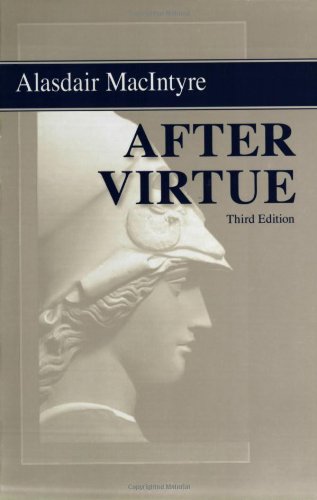 After Virtue is a book on moral philosophy by Alasdair MacIntyre. MacIntyre provides a bleak view of the state of modern moral discourse, regarding it as failing to be rational, and failing to admit to being irrational. He claims that older forms of moral discourse were in better shape, particularly singling out Aristotle's moral philosophy as an exemplar. After Virtue is among the most important texts in the recent revival of virtue ethics.

The 486th greatest nonfiction book of all time