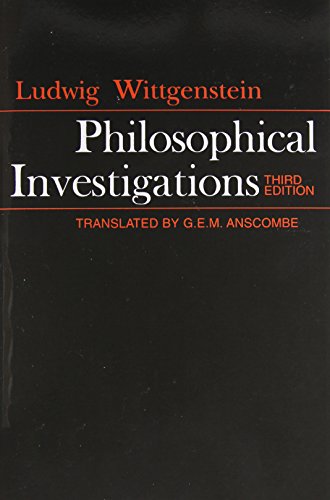 Philosophical Investigations is, along with the Tractatus Logico-Philosophicus, one of the two most influential works by the 20th-century philosopher Ludwig Wittgenstein. In it, Wittgenstein discusses numerous problems and puzzles in the fields of semantics, logic, philosophy of mathematics, and the philosophy of mind. He puts forth the view that conceptual confusions surrounding language use are at the root of most philosophical problems, contradicting or discarding much of that which was argued in his earlier work, the Tractatus Logico-Philosophicus. Within the Anglo-American tradition, the book is considered by many as being one of the most important philosophical works of the 20th century, and it continues to influence contemporary philosophers, especially those studying mind and language.

The 65th greatest nonfiction book of all time