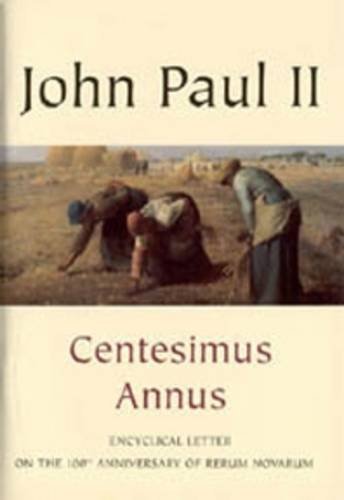 Centesimus Annus (which is Latin for "hundredth year") was an encyclical written by Pope John Paul II in 1991, on the hundredth anniversary of Rerum Novarum. It is part of a larger body of writings known as Catholic social teaching, that trace their origin to Rerum Novarum, which was issued by Pope Leo XIII in 1891, and ultimately the New Testament.

The 248th greatest nonfiction book of all time