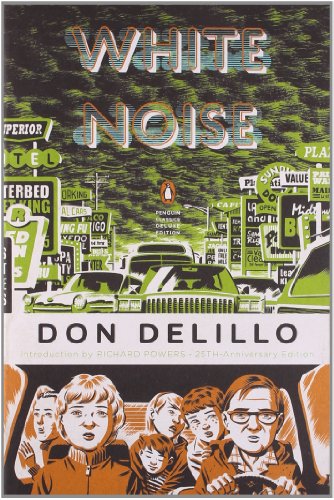 Set at a bucolic midwestern college known only as The-College-on-the-Hill, White Noise follows a year in the life of Jack Gladney, a professor who has made his name by pioneering the field of Hitler Studies (though he doesn't speak German). He has been married five times to four women and has a brood of children and stepchildren (Heinrich, Denise, Steffie, Wilder) with his current wife, Babette. Jack and Babette are both extremely afraid of death; they frequently wonder "who will die first". The first part of White Noise, called "Waves and Radiation," is a chronicle of absurdist family life combined with academic satire. There is little plot in this section, and it mainly sets the scene for the rest of the book. Another important character introduced here is Murray, who frequently discusses his theories, which relate to the rest of the book.

The 257th greatest fiction book of all time