The Looming Tower by Lawrence Wright 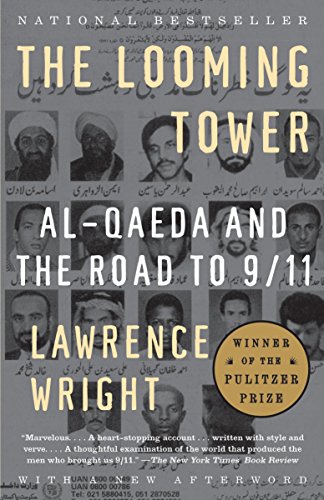 The Looming Tower: Al Qaeda and the Road to 9/11 is a historical look at the way in which Al-Qaeda came into being, the background for various terrorist attacks and how they were investigated, and the events that led to the 9/11-2001 terrorist attacks on the United States. The book was written by Lawrence Wright, and he received a Pulitzer Prize for it. The Looming Tower is largely focused on the people involved; what they were like, why they did what they did, and how they interacted. The book starts with Sayyid Qutb, an Egyptian religious scholar who visited the United States in the late 1940s and returned to his home to become an anti-West fundamentalist and eventually a martyr for his beliefs. There is also a portrait of Ayman al-Zawahiri, from his childhood in Egypt to his participation in and later leadership of Egyptian Islamic Jihad to his merging of his organization with Al Qaeda.

The 166th greatest nonfiction book of all time