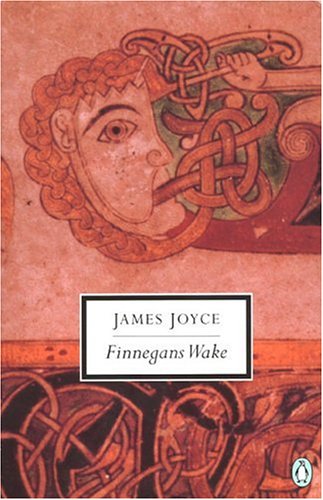 Having done the longest day in literature with his monumental Ulysses (1922), James Joyce set himself an even greater challenge for his next book — the night. "A nocturnal state.... That is what I want to convey: what goes on in a dream, during a dream." The work, which would exhaust two decades of his life and the odd resources of some sixty languages, culminated with the 1939 publication of Joyce's final and most revolutionary work, Finnegans Wake. A story with no real beginning or end (it ends in the middle of a sentence and begins in the middle of the same sentence), this "book of Doublends Jined" is as remarkable for its prose as for its circular structure. Written in a fantastic dream-language, forged from polyglot puns and portmanteau words, the Wake features some of Joyce's most hilarious characters: the Irish barkeep Humphrey Chimpden Earwicker, Shem the Penman, Shaun the Postman, and Anna Livia Plurabelle. Sixty years after its publication, it remains in Anthony Burgess's words, "a great comic vision, one of the few books of the world that can make us laugh aloud on nearly every page."

The 337th greatest fiction book of all time