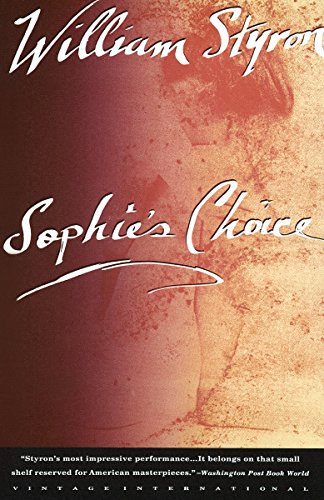 It concerns a young American Southerner, an aspiring writer, who befriends the Jewish Nathan Landau and his beautiful lover Sophie, a Polish (but non-Jewish) survivor of the Nazi concentration camps. An immediate bestseller and the basis of a successful film, the novel is often considered both Styron's best work and a major novel of the twentieth century. The difficult decision that shapes the character Sophie is sometimes used as an idiom. A "Sophie's Choice" is a tragic choice between two unbearable options.

The 425th greatest fiction book of all time