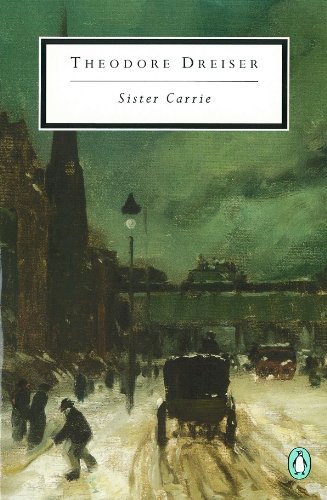 When a girl leaves home at eighteen, she does one of two things. Either she falls into saving hands and becomes better, or she rapidly assumes the cosmopolitan standard of virtue and becomes worse. With Sister Carrie first published in 1900, Theodore Dreiser transformed the conventional fallen woman story into a genuinely innovative and powerful work of fiction. As he hurled his impressionable midwestern heroine into the throbbing, amoral world of the big city, he revealed, with brilliant insight, the deep and driving forces of American culture: the restless idealism, glamorous materialism, and basic spiritual innocence. Sister Carrie brought American literature into the twentieth century. This volume, which reprints the text Dreiser approved for publication during his lifetime and includes a special appendix discussing his earlier, unedited manuscript, is the original standard edition of one of the great masterpieces of literary realism.

The 462nd greatest fiction book of all time