The Confusions of Young Törless by Robert Musil 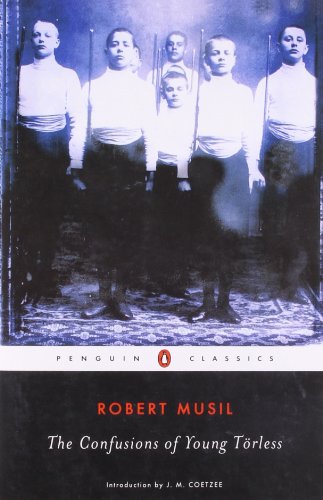 'between the life we live and the life we feel...there is the invisible border, like a narrow gate' Set in a boarding school in a remote area of the Habsburg Empire at the turn of the last century, The Confusions of Young Törless is an intense study of an adolescent's psychological development as he struggles to come to terms with his conflicting emotions. Through his relationship with two other boys Törless is led into sadistic and sexual encounters with a third pupil which both repel and fascinate him. Estranged from everyday life, Törless gradually learns to accept his experiences and describe them with analytical precision. The novel is based on the author's own experiences at an Austrian military academy. A school story with a difference, Törless extends the scope of fiction with its non-judgemental presentation of transgressive sexuality and violence. It is a profoundly disturbing exploration of a non-moral outlook on life and of dictatorial attitudes that prefigure the outbreak of the First World War and the rise of fascism. ABOUT THE SERIES: For over 100 years Oxford World's Classics has made available the widest range of literature from around the globe. Each affordable volume reflects Oxford's commitment to scholarship, providing the most accurate text plus a wealth of other valuable features, including expert introductions by leading authorities, helpful notes to clarify the text, up-to-date bibliographies for further study, and much more.

The 294th greatest fiction book of all time