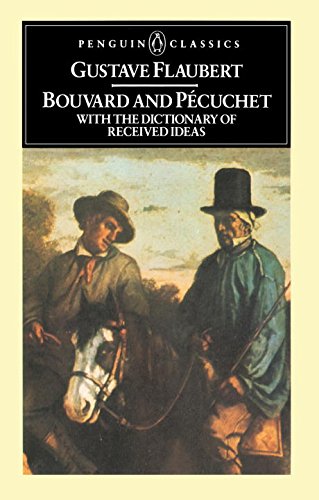 Bouvard et Pécuchet is an unfinished satirical work by Gustave Flaubert, published in 1881 after his death in 1880. Although conceived in 1863 as Les Deux Cloportes ("The Two Woodlice"), and partially inspired by a short story of Barthélemy Maurice (Les Deux Greffiers, "The Two Court Clerks", which appeared in La Revue des Tribunaux in 1841 and which he may have read in 1858), Flaubert did not begin the work in earnest until 1872, at a time when financial ruin threatened. Over time, the book obsessed him to the degree that he claimed to have read over 1500 books in preparation for writing it—he intended it to be his masterpiece, surpassing all of his other works. He only took a minor break, in order to compose Three Tales in 1875–76. It received lukewarm reviews: critics failed to appreciate both its message and its structural devices.

The 334th greatest fiction book of all time