If on a Winter's Night a Traveller by Italo Calvino 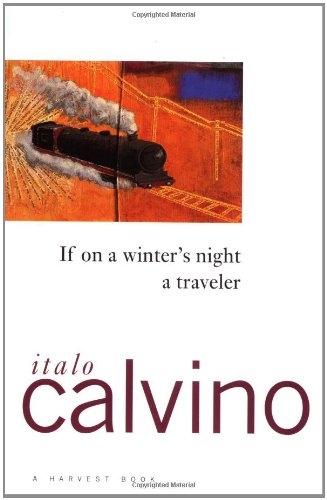 Calvino's anti-novel is about the efforts of his two characters — a man called only The Reader, and the Other Reader, a woman named Ludmilla — to read ten very different novels. They are never able to get to the second chapter of any of them; nor are the actual readers of this novel, who share their puzzlement and frustration — as well as their delight in the situation. Finally, the two marry and settle down to read in bed — a novel called If on a Winter's Night a Traveler by Italo Calvino. Among other things, Calvino insists that novels cannot be a form of "escape" from the world, because reading and life are inseparable. The text provides an examination of the different ways of reading and of the expectations of different kinds of readers; it is also an exploration of the relationship between the writer and the reader.

The 218th greatest fiction book of all time