An Artist of the Floating World by Kazuo Ishiguro 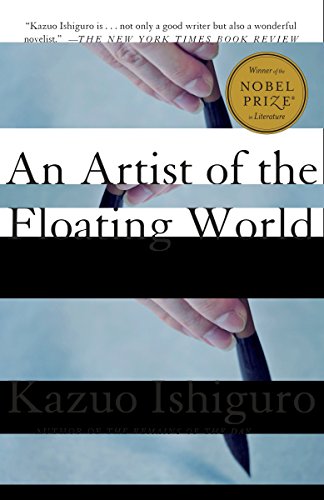 It is set in post-World War II Japan and is narrated by Masuji Ono, an aging painter, who looks back on his life and how he has lived it. He notices how his once great reputation has faltered since the war and how attitudes towards him and his paintings have changed. The chief conflict deals with Ono's need to accept responsibility for his past actions. The novel attempts to ask and answer the question: what is man's role in a rapidly changing environment?

The 579th greatest fiction book of all time