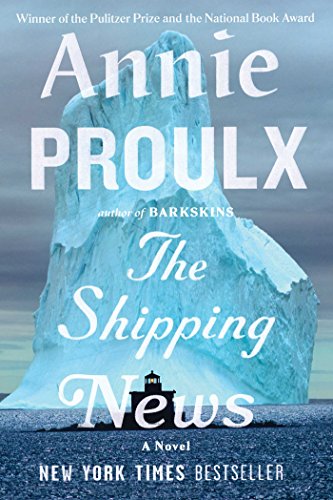 The story centers on Quoyle, a newspaper worker from upstate New York whose father had emigrated from Newfoundland. Shortly after the suicide of his parents, Quoyle's unfaithful and abusive wife Petal and her lover leave town. Days later, she sells their daughters to a 'black market adoption agency' for the sum of $6,000. Soon thereafter, Petal and her lover are killed in a car accident; the young girls are located by police and returned to Quoyle. Despite the safe return of his daughters, Quoyle's life is collapsing and his paternal aunt, Agnis Hamm, convinces him to return to their ancestral home of Newfoundland for a new beginning. This ancestral home is situated on Quoyle's Point. He obtains work as a car-accident reporter for the Gammy Bird, local newspaper of the town of Killick-Claw. The Gammy Bird's editor also asks him to document the shipping news, arrivals and departures from the local port, which soon grows into Quoyle's signature articles on boats of interest in the harbour. Quoyle gradually makes friends within the community, learns about his own troubled family background, and begins a relationship with a local woman, Wavey. Quoyle's growth in confidence and emotional strength, as well as his ability to be comfortable in a loving relationship, become the main focus for the book. A series of deep and disturbing secrets about his ancestors emerge in strange ways.

The 248th greatest fiction book of all time