The Black Count: Glory, Revolution, Betrayal, and the Real Count of Monte Cristo by Tom Reiss 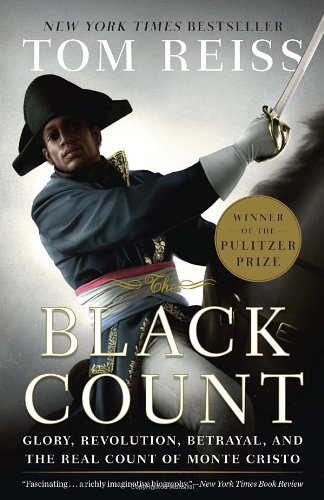 The Black Count: Glory, Revolution, Betrayal, and the Real Count of Monte Cristo is a 2012 biography of General Thomas-Alexandre Dumas written by Tom Reiss. The book presents the life and career of Dumas as a soldier and officer during the French Revolution, as well as his military service in Italy during the French Revolutionary Wars and later in Egypt under Napoleon. Reiss offers insight into slavery and the life of a man of mixed race during the French Colonial Empire. He also reveals how Dumas's son – author Alexandre Dumas – viewed his father, who served as the inspiration for some of his novels, including The Count of Monte Cristo and The Three Musketeers. The Black Count won the 2013 Pulitzer Prize for Biography or Autobiography and the PEN/Jacqueline Bograd Weld Award for Biography, among other awards and honors. As of 2014, the book is being adapted into a film.

The 825th greatest nonfiction book of all time