Gargantua and Pantagruel by Francois Rabelais 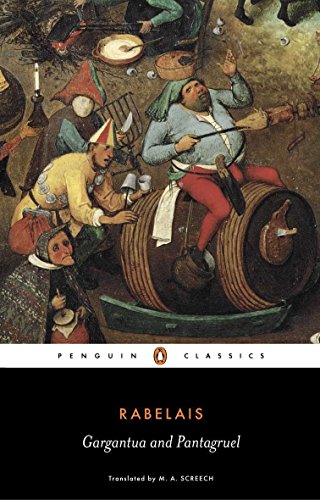 The Life of Gargantua and of Pantagruel (in French, La vie de Gargantua et de Pantagruel) is a connected series of five novels written in the 16th century by François Rabelais. It is the story of two giants, a father (Gargantua) and his son (Pantagruel) and their adventures, written in an amusing, extravagant, satirical vein. There is much crudity and scatological humor as well as a large amount of violence. Long lists of vulgar insults fill several chapters. Rabelais studied Ancient Greek, and used this as he invented hundreds of new words, some of which became part of the French language. His quibbling and other wordplay fills the book, and is quite free from any prudishness.

The 91st greatest fiction book of all time