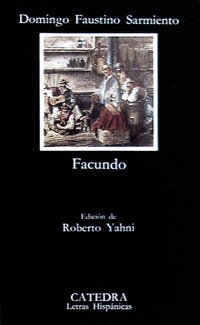 "Sarmiento's Facundo remains a foundational work for the traditions of Latin American fiction and historiography, and so an essential book for English language North Americans also, at least for those not content to abide in ignorance of an ongoing common destiny. Roberto González Echevarría, the leading critic of Hispanic literature, powerfully introduces the sensitive translation by Kathleen Ross. Sarmiento's High Romantic vision created the myth of the gaucho and his death drive, fascinatingly at some variance with Sarmiento's own vitalistic nuancing of his saga."--Harold Bloom, author of The Western Canon, Shakespeare: The Invention of the Human, and Genius: A Mosaic of On Hundred Exemplary Minds "Publishing this book in a new translation is a historic event in itself. Sarmiento's epic Facundo is more than one of the Western Hemisphere's most important literary works; it epitomizes the meaning of 'classic.' The translator, Kathleen Ross, has captured the epic majesty and metaphoric power of Sarmiento's prose."--Jeremy Adelman, Princeton University

The 119th greatest nonfiction book of all time