Tropic of Cancer by Henry Miller 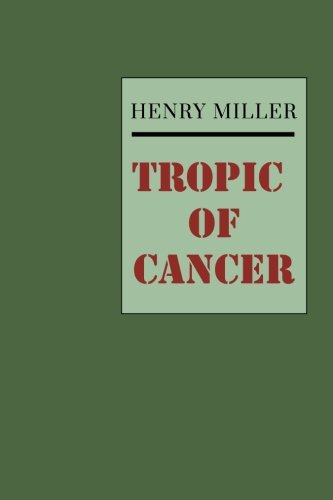 Set in France (primarily Paris) during the 1930s, it is the tale of Miller's life as a struggling writer. Combining fiction and autobiography, some chapters follow a strict narrative and refer to Miller's actual friends, colleagues, and workplaces; others are written as stream-of-consciousness reflections. Its publication in 1961 in the United States by Grove Press led to an obscenity trial that was one of several that tested American laws on pornography in the 1960s.

The 328th greatest fiction book of all time